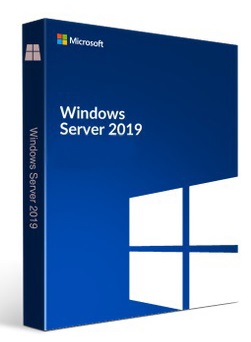 You can make a payment from a legal person by bank transfer.
Delivery of goods with this payment method is not carried out immediately, but only after funds are credited to the store's bank account. Usually up to 3 days. 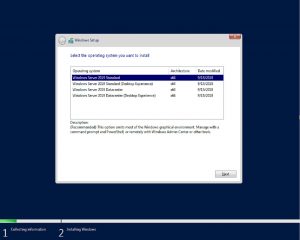 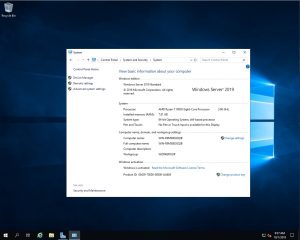 Microsoft Windows Server 2019 Standard - A new enterprise-level operating system, it provides processing of the hybrid cloud and its data. A completely new level of security. A whole new system has been introduced into the hybrid security of the application environment and the hyper-conversion system.

- The speed of work has increased significantly. The maximum speed of work is concentrated in it. Microsoft has done a lot of work on optimizing the system.
- Stability. Now Windows Server works as stably as Unix servers. Many blamed Windows Server for being inferior to the Linux family in the server line. But now everything is different, Windows Server 2019 proves it!
- A new feature of Windows Server 2019 is the use of a "hybrid cloud scenario", It allows you to use local and cloud environments in the overall work. Application synchronization, data backup, the use of artificial intelligence in a cloud environment, and much more. These features will not allow your work to stop for a second, and will constantly perform work processes, even when any problems have occurred.
- Updated security systems. Now its principles consist of 3 main sequences: "Protect", "Detect", and "Respond". A new control system has been introduced, it will use "Shielding", and it, in turn, will not allow attackers to take over your entire network. There will always be a computer in the chain of computers that has its own security key, it will be available only to the network administrator.
Work has also been done to introduce new encryption algorithms. These responsibilities for storing your data on the network are assumed by the "Windows Defender Advanced Threat Protection" technology. This software performs the work of monitoring, blocking and eliminating potential hazards.
- System Center 2019 support in Windows Server 2019. There are no more problems in combining these programs!
- And of course the visual component. The OS has become more interesting in appearance, has not lost its functionality, but has multiplied! New intuitive interface. Even a beginner will be able to figure out Windows Server 2019!

- Fast delivery of the product key to your email.
- Warranty and 24/7 round-the-clock technical support.

Product Reviews.
Dear visitors, to contact the store administration, you can use the contact form in the lower right corner of the window.
And also, if you have purchased your product and activated the key, please leave a comment, it helps the development of the store. Thank you for using our services!

If you leave a review through your personal account, which will have created automatically after purchasing the product, then on the site in the reviews it is displayed on behalf of "User". When writing a review directly from the product page in the field below - the items "Name" and "E-mail" are mandatory, your Email is not publicly published , we need it only for feedback.

The latest in the blog

close
Start typing to see products you are looking for.
Sidebar Scroll To Top